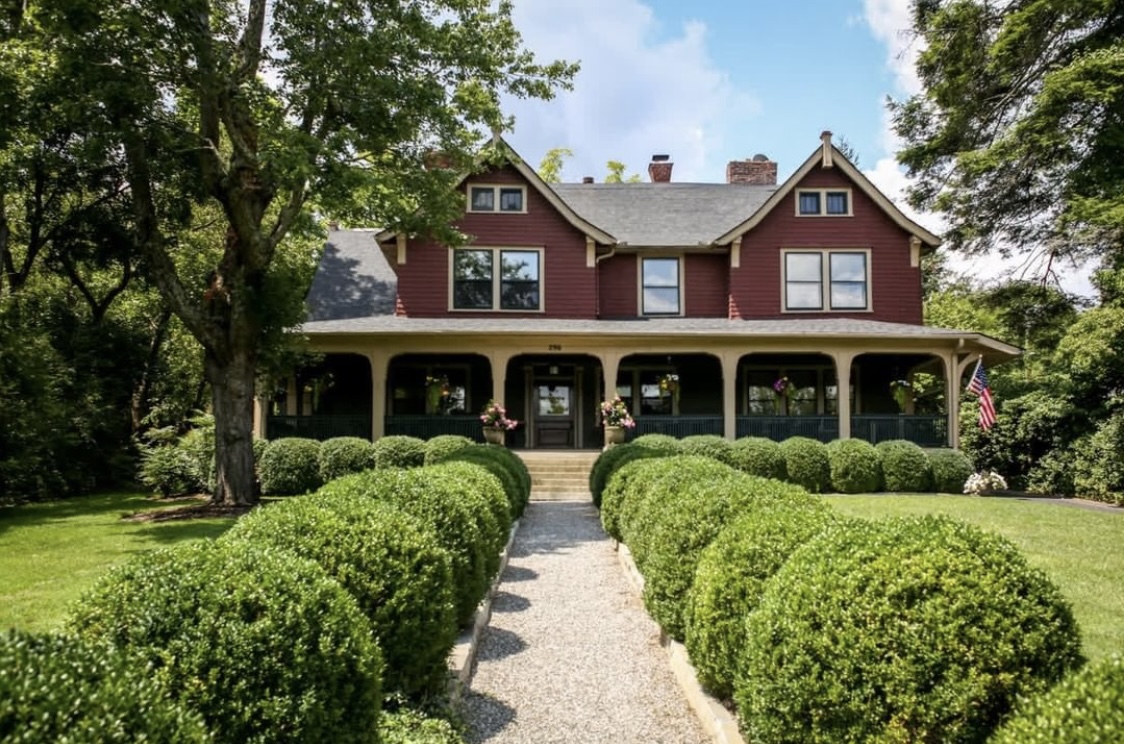 As the sun sets, there’s a subtle glow on the horizon that illuminates the rich blue of our beautiful Blue Ridge Mountains. Nature begins to settle down for the night, but here at 1900

Inn on Montford, the evening is just getting started. From the steps of the front porch of our bed and breakfast, a musical serenade begins that celebrates the history, culture, and beauty of the Appalachians.

The Story Behind Our Beloved Mountain Music

Today, Asheville and Western Carolina may be known for its modern music scene, but long held traditions of old-time string band music, ballad singing, and bluegrass actually date back to the 1600s. The Appalachian region was where many English and Scottish immigrants settled, bringing with them the musical traditions of their home countries.

The banjo, a pivotal instrument of mountain music and the heart and soul of bluegrass, was originally made of gourd bodies or pots, covered in animal hide. Its name is derived from “bantu mbanza”, an African stringed instrument. Over time, the name bantu became bangoe, banza, banjar, bania, and banshaw, until finally landing on its name today — banjo.

Preceding the Civil War, the banjo was often paired with a fiddle for a musical duo, popular among all musicians living in the Appalachians. As a matter of fact, the Blue Ridge National Heritage Area states that Western North Carolina has had the greatest influence on the development of the banjo than any other area in America.

Today, there are two styles of banjos that you’ll see most often. One is the resonator banjo, also known as the bluegrass banjo because of its influential role in the traditional style of bluegrass music. The other is the open-back banjo, sometimes referred to as the old-time banjo. Both instruments are similar in design, but they have one main difference. The resonator banjo has a wooden “bowl” attached to the back of the sound chamber, which projects its louder and distinctly twangier sounds toward its audience. The open-back banjo has no back, so the sound chamber rests against the musician and produces a softer, mellower sound.

Bluegrass, which first aired over the radio in 1939, incorporates many instruments of an old-time string band, including, of course, the banjo but also the fiddle, mandolin, and bass. This beloved style of music introduced new music elements called “breaks”, where band members take turns playing the lead.

If you join us for mountain music on the porch, you’ll see the infamous banjo and many of these elements working together for an evening that showcases the beautiful traditions of bluegrass.

A Porch Music Experience at Asheville’s 1900 Inn on Montford

Settle into your seat on the front porch while we serve you a complimentary glass of beer or wine. At 6pm sharp, as the sun simmers into the distance, our toe-tapping, musical hour begins.

Ben Scales, local dobro player, guitarist and dear friend, makes porch music happy hour possible every Saturday. He doubles as our lead musician and wedding officiant. Week to week, Ben assembles local musicians to play a compilation of their favorite tunes. And now, after many years of offering this special evening, we’re grateful to say we’ve been able to host 40 different local artists!

In the wintertime, we move the show indoors, so even when the cold weather hits, you won’t have to miss this special evening.

If you’re coming to stay with us or you’re an Asheville local looking for some lively entertainment, we invite you to join us for this cultural experience, offered every Saturday evening from 6-7pm. We look forward to seeing you there!